Why so many socialists love AGW alarmism 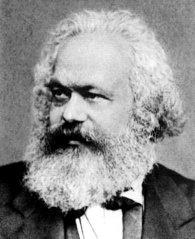 As many of you know, I also run a politics and culture blog. I usually post on the various toxic-but-popular "isms" (socialism, Marxism, communism, statism, fascism) over there, but every once in a while something comes along that blurs the boundaries between these blogs.

I've noted before that the manufactured AGW crisis is tailor-made for those who favor state control of people and resources. Today we see this principle in action in the form of a proposal by Mexico, as reported by Reuters (with a dash of TEOTWAWKI alarmism):

Global talks on combating climate change this year might progress best by focusing on Mexico's proposal for a world climate change fund, one of the European Union's top negotiators said.

The talks in Copenhagen to find a successor to the U.N.'s Kyoto protocol from 2012 are seen as the world's last chance to avert catastrophic climate change and the drought, famine and huge migrations of people it is expected to cause.

"It's not a question of what we like, but of what may work, and the Mexican proposal gives flexibility that may be appreciated by the United States, Japan and by other donors," he told Reuters on the sidelines of a climate conference.

The proposal sees every country in the world contributing to a central pot, with the size of contributions based on a formula that takes account of each country's population, gross domestic product and level of greenhouse gas emissions.

That central pot would then be divided among all countries according to their needs for cutting emissions, building green technologies and adapting to the impacts of climate change -- with investments such as flood barriers or drought resistant crops.

Note in particular the last two paragraphs (highlighted). They can be summarized as follows:

Now, where have I heard that before?

To no one's surprise, countries that have already traveled a considerable distance down the socialist road are warming up to the idea....

....especially since the United States, not they, will foot the bulk of the bill.
Posted by Tim at 11:14 AM