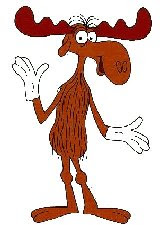 OT: Ever have one of those weeks?

I've come across several articles that I'd like to post on, but it's not going to happen any time soon.

Hopefully, I'll be back online next week (August 13 at the earliest). In the meantime, do be so kind as to keep your emissions to a minimum.

President Bush knows how to play The Game as well, it appears

The Washington Post reports today that President Bush is calling on major industrialized and developing countries to attend a "climate change summit" in September.

"In recent years, science has deepened our understanding of climate change and opened new possibilities for confronting it," Bush said in his invitation letter Friday, asking other nations to take part in discussing a long-term strategy for reducing greenhouse emissions.

Under international pressure to take tough action against global warming, Bush last May had called for a meeting of nations to talk about how to reduce global greenhouse gas emissions and promote energy efficiency without hampering economic growth.

While the president appears to be conceding the basic arguments of the AGW alarmists, it is not clear that he is expecting to participate in any binding agreement that would harm the U.S. economically. Indeed, by his rhetoric, he seems to be setting things up so that no binding agreement will be made at all:

Bush wants to bring India, China and other fast-growing countries to the negotiating table so they are part of the solution, not the problem.

Given that China has already announced its refusal to submit to any binding agreements, it would appear that this summit is better seen as a strategic ploy to shift political pressure off of America and onto countries like China.
Posted by Tim at 3:07 PM

China knows how to play The Game

Different groups play The Global Warming Game for different reasons. Individuals and NGOs play for mostly ideological reasons (environmentalism, anticapitalism, Luddism, etc.). Corporations tend to play The Game either because there is a lot of money to be made by playing, or because they can use it to suppress their competition. Nations tend to play The Game for geopolitical reasons -- in other words, the AGW "crisis" can be used to advance a nation's strategic interests.

China has shown itself to be a skilled player of The Game. As the magnitude of that country's contribution to atmospheric pollution (both CO2 and plain old smog) becomes more and more apparent, many have begun to suggest that maybe, perhaps, pretty please, China (which was exempted from Kyoto) ought to think about participating in the reductions most other nations are expected to accomplish.

China has responded to these suggestions with a curt Mind Your Own Business. According to this Xinhua article, the PRC government says that China has little or no obligation to address mitigation any time soon -- rather, fully developed countries should do more to restrict their "luxury" emissions:

"Adapting to climate change is as important as mitigating climate change," Liu Zhenmin, China's deputy Permanent Representative of China to the United Nations, told an informal debate of the UN General Assembly on climate change.

Stressing the principles of equity and "common but differentiated responsibilities," Liu urged developed countries to "shoulder in good faith their historical and present responsibilities."

"The UN Framework Convention on Climate Change and its Kyoto Protocol remain the international cooperation framework and effective mechanism for addressing climate change," he said.

Liu said efforts to address climate change should be conducive to sustainable development.

"For developing countries, economic development and poverty eradication are overriding priorities," Liu said. "In fulfilling these tasks, controlling greenhouse gas emissions and adapting to the negative impact of climate change to the greatest extent will also contribute to achieving sustainable development."

He said the international community should take full account of the issue of adaptation to climate change and enhancing the capabilities of developing countries, small island developing countries and the least developed countries in particular, to respond to disastrous climate events.

It's just coincidental that China's competitors would be forced to cripple themselves economically in the process.
Posted by Tim at 1:22 PM

Is AGW causing the Himalayan glaciers to melt?

There is no doubt that many of the Himilayan glaciers are receding. The alarmists are quick to point to this as proof that human-produced CO2 emissions are warming the planet. A new study, though, indicates that while the alarmists got the "human-produced" part right, the actual culprit in the melting of Asian glaciers is good old-fashioned smog (The Times (UK), August 3):

They call it the Asian Brown Cloud. Anyone who has flown over South Asia has seen it – a vast blanket of smog that covers much of the region.

It is also what colours those sunsets at the Taj Mahal. Now a group of scientists has carried out the first detailed study of the phenomenon and arrived at a troubling conclusion.

They say that it is causing Himalayan glaciers to melt, with potentially devastating consequences for more than two billion people in India, China, Bangladesh and other downstream countries.

In a study published yesterday by Nature, the British journal, they say that black soot particles in the cloud are absorbing the Sun’s heat and pushing up temperatures at the same altitude as most Himalayan glaciers.

Scientists have already observed that two thirds of the 46,000 glaciers in the Himalayas are shrinking, leading to increasingly severe floods downstream and, eventually, to widespread drought. Greenhouse gases were previously thought to be the main cause of the problem, which threatens the sources of Asia’s nine main rivers – including the Indus, the Ganges and the Yangtze.

But the research team from the Scripps Institution of Oceanography in California says that the Asian Brown Cloud – made up of gases and suspended particles known as aerosols – is just as much to blame. “My one hope is that this finding will intensify the focus of Asian scientists and policy makers on the glacier issue,” Veerabhadran Ramanathan, who led the research, told The Times. “These glaciers are the source for major river systems, so at least two billion people are directly involved in this.”

Science Daily relates an American Geophysical Union press release announcing a peer-reviewed study that gives us one more reason to suspect that modern climate change is not being driven by human activity (emphasis added):

In the mid-1970s, a climate shift cooled sea surface temperatures in the central Pacific Ocean and warmed the coast of western North America, bringing long-range changes to the northern hemisphere.

After this climate shift waned, an era of frequent El Ninos and rising global temperatures began.

Understanding the mechanisms driving such climate variability is difficult because unraveling causal connections that lead to chaotic climate behavior is complicated.

By studying the last 100 years of these cycles' patterns, they find that the systems synchronized several times.

The authors show that this mechanism explains all global temperature tendency changes and El Nino variability in the 20th century.

Email scammers join The Cause

Countless variations of the infamous "Nigerian 419 Scam" are circulating out there, and now it appears that the scammers are ready to separate earnest environmentalists from their cash. Andrew Leonard at Salon relates an email that recently appeared in his inbox:

We hereby notify you that you have been selected as a partner in the World Campaign against Global Warming.

In this program, you will be required to organize a pro-environmental campaign against global warming and environmental pollution in your area/community with the funds provided to you by the World Foundation against Global Warming.

Note that this selection is subject to your acceptance and consent.

If you choose to accept this offer, you shall be awarded the sum of $610,000 and $950,000 for Individual and Corporate participation respectively. This sum is intended to facilitate your campaign.

Kindly respond, stating your acceptance to this notification and we shall give you more information on this program. Contact Mr. Zeeshan Ashraf on: zeeraf12@aol.com

The Earth is our habitation and we are responsible for it.

The e-mail has quite a few of the hallmarks of the 419 scam -- promise of a sizable chunk of money from someone you've never met before, legitimate-sounding organization, links to legitimate websites ... and an AOL contact address. Ladies and gentlemen, anybody who can afford to drop almost a million dollars on you can afford to buy their own domain name and set up a mail server there.

After picking through the obvious red flags in the message, Leonard concludes:

Now that global warming has graduated to the rarefied status previously enjoyed primarily by deceased dictators of African countries, I think we can truly say that climate change has come of age.

(Thanks to Newsbusters)
Posted by Tim at 3:30 PM