The "polar bears are going extinct" meme is still being peddled wholesale to our children, even though the claim is demonstrably false. Bob Parks writes that GeoTrek, published by the folks who publish the venerable grade-school magazine The Weekly Reader (I remember reading it in the 1960s), recently had a feature article on the subject.

Parks asked Dr. Tim Ball for his comments on the article, and he includes Dr. Ball's response. Here's an excerpt:

The exploitation of children is despicable and this is a perfect example. First let me quote Mitch Taylor probably the world expert on polar bears. Here is a comment he made last year. It still holds true today.

"Of the 13 populations of polar bears in Canada, 11 are stable or increasing in number. They are not going extinct, or even appear to be affected at present." – May 2006

Mitch has lived in Nunavut for over 30 years and agreed with the Inuit who were saying the counts by "fly over" scientists were wrong. He said, "The Inuit were right. There aren't just a few more bears. There are a hell of a lot more bears."

Check the first link above for more of Dr. Ball's response. 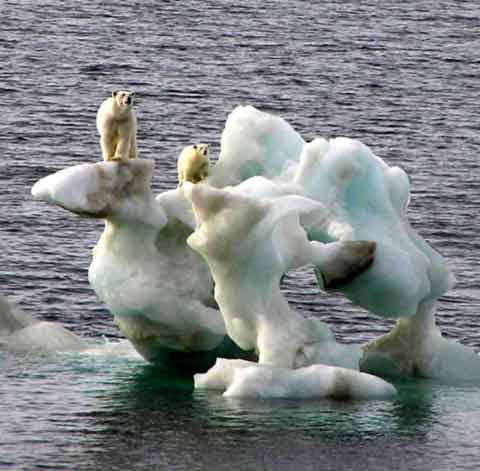