August has the notable distinction of having passed without a single post by me to this blog (where did the time go?). Even more notable, however, is the fact that Mr. Sun was quiet the entire month as well, as Michael Asher reports:

The sun has reached a milestone not seen for nearly 100 years: an entire month has passed without a single visible sunspot being noted.

The event is significant as many climatologists now believe solar magnetic activity – which determines the number of sunspots -- is an influencing factor for climate on earth.

According to data from the NOAA's National Geophysical Data Center, the last time such an event occurred was June of 1913. Sunspot data has been collected since 1749. 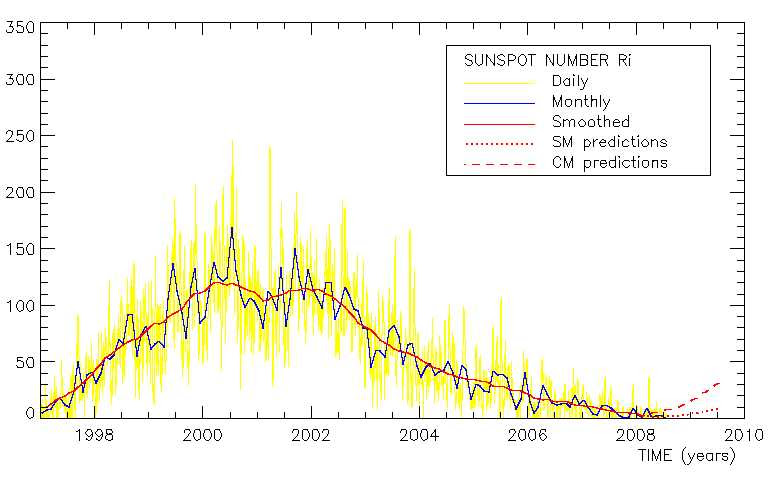 The alarmists will almost certainly yawn at the news, if they notice it at all. Sunspots, many argue, have no effect on the radiation output of the Sun.

This is correct, but misleading. The solar magnetic activity represented by sunspots affects our climate indirectly by influencing cloud formation on our planet, which in turn does affect our climate.
Posted by Tim at 10:03 AM