The polar bear: poster child of the environmental left

Sen. Inhofe's EPW staff has gathered a variety of scientific sources indicating that polar bears, the majestic icon of the CoGW, are not declining -- in fact, they are now near record high levels (at least double their population of half a century ago). Many of these extinction scenarios are floated using a raft of scientifically unsound assumptions.

And yet, yesterday we read this in the Los Angeles Times:

The Bush administration is nearing a decision that would officially acknowledge the environmental damage of global warming, and name its first potential victim: the polar bear.

The Interior Department may act as soon as this week on its year-old proposal to make the polar bear the first species to be listed as threatened with extinction because of melting ice due to a warming planet.

The environmental left candidly admits the importance of the polar bear as a cute, cuddly symbol of their cause:

Both sides agree that conservationists finally have the poster species they have sought to use the Endangered Species Act as a lever to force federal limits on the greenhouse gases linked to global warming, and possibly to battle smokestack industry projects far from the Arctic.

"All animals are equal, but some animals are more equal than others," said Kassie Siegel, an attorney with the nonprofit Center for Biological Diversity. "And then there is the polar bear."

Keep in mind that the decline isn't actually occurring right now. The movement to get the polar bear listed as threatened is based on what-if computer scenarios. 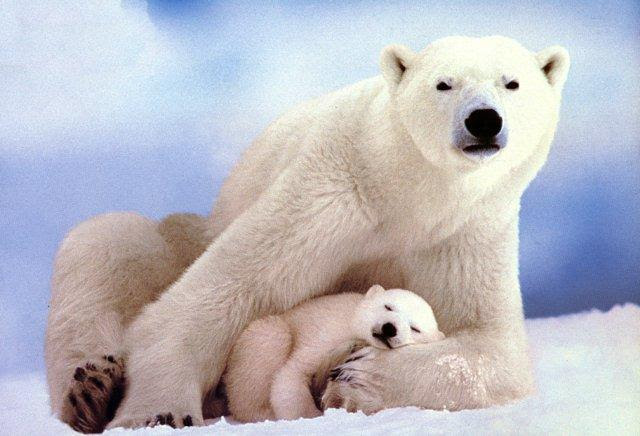 But what if the assumptions are wrong, and the projected warming does not occur? No matter. Once the polar bear is listed, environmental law can more easily be used as a bludgeon for The Cause. Just about any human activity can -- with appropriate logical gymnastics -- be tied to climate change, so pretty much no human activity in America would remain beyond the reach of the environmental regulators.

Heavy industry has reason to fear. At least one part of the environmental community believes the bear's listing would provide the leverage to stop a coal-fired power plant thousands of miles away from the Arctic.

Sen. Jim Inhofe (R-Okla.), who is known for his skepticism about global-warming measures, asked U.S. Fish and Wildlife Service Director H. Dale Hall last week whether listing the polar bear could be used to halt the construction of a new power plant in Oklahoma City.

"The Endangered Species Act is not the vehicle to reach out and demand all of the things that need to happen to address climate change," Hall said, to Inhofe's apparent satisfaction.

Andrew E. Wetzler, director of the Natural Resources Defense Council's endangered species project, said Hall misunderstands the legal principles underlying the act, which was fortified by a recent U.S. Supreme Court ruling that carbon dioxide can be regulated as a pollutant.

If the builders of a coal-fired plant needed a federal permit, they would probably have to show how its emissions would not erode the polar bear's habitat or jeopardize its survival, Wetzler said.

If the drive to get the polar bear listed succeeds, the opportunity for environmentalist mischief will be boundless.
Posted by Tim at 2:17 PM