Seriously, who didn't see this coming?

It sure didn't take long.

The ink had hardly dried on Interior Secretary Kempthorne's directive designating the polar bear as "threatened" (based purely on hypotheticals and what-ifs, not on reality) when the environmental left showed why they pressed so hard for the designation. From a June 9 Associated Press story:

The Center for Biological Diversity and Pacific Environment gave the federal government formal notice Monday that they will sue under the Endangered Species Act to protect the bears, which were listed as threatened last month by Interior Secretary Dirk Kempthorne.

Do I need to say it again? The AGW scare is merely a tool used by certain parties to advance portions of their agenda that might not otherwise be enacted.

In this case, many in the environmental left are flat-out opposed to developing oil resources anywhere, and they have shown themselves to be masters at using regulation and litigation to head off new drilling in the United States. Arctic Alaska is by far the easiest target, because... well, polar bears are just so doggone cute! 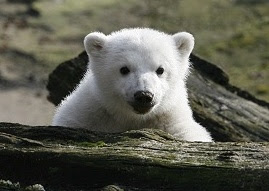 In the current political climate (pardon the pun), what are the odds that this lawsuit will succeed? Never mind the fact that (as the article mentions) arctic exploration has led to zero deaths of polar bears and walruses in the fifteen years that "incidental harm" to these animals has been decriminalized within this context.
Posted by Tim at 11:47 PM