Youth indoctrination Down Under: Planet Slayer

The villains are hypocritical meat-eating bourgeois materialist greenhouse pigs. The heroes are those who, in the words of Ludwig von Mises Institute essayist Ben O'Neill, "[oppose] logging, nuclear waste, war, consumerism, and other evils, and [support] such good things as composting, clean transport, solar power, and protesting."

The site has all sorts of fun activities for the kids, including a calculator apparently intended to show them that they've already contributed more than their share of CO2, and that they would do well to go some place quiet and kill themselves.

I wish I was kidding. Here's the screenshot for the opening page of the when-you-should-die calculator (click to view full-sized image): 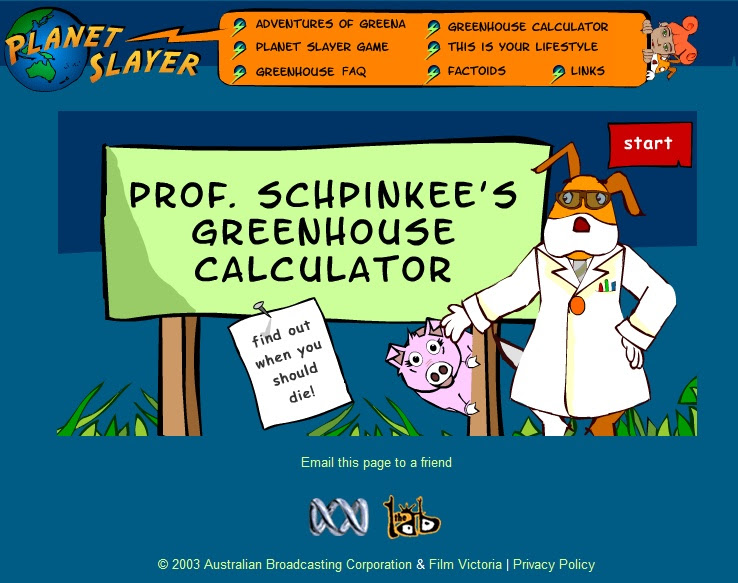 This site is supported in part by the tax dollars of the citizens of Australia (via Film Victoria). Hope you feel like you're getting your money's worth, my Australian friends.
Posted by Tim at 3:26 PM