The Sun: Now with a spot-free shine! 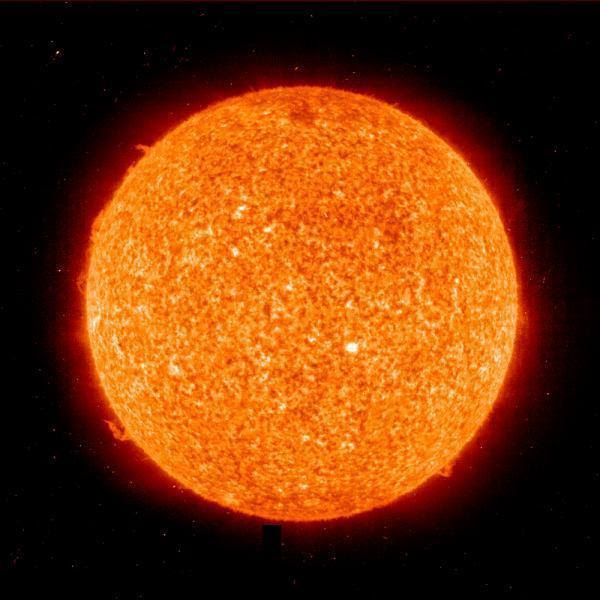 Science Daily reports from a Montana State University press release that an increasing number of solar scientists are puzzling over the fact that Solar Cycle 24 is still refusing to make an appearance, two years after Cycle 23 showed clear indications of leaving the stage:

The sun has been laying low for the past couple of years, producing no sunspots and giving a break to satellites.

That's good news for people who scramble when space weather interferes with their technology, but it became a point of discussion for the scientists who attended an international solar conference at Montana State University. Approximately 100 scientists from Europe, Asia, Latin America, Africa and North America gathered June 1-6 to talk about "Solar Variability, Earth's Climate and the Space Environment."

The scientists said periods of inactivity are normal for the sun, but this period has gone on longer than usual.

"It continues to be dead," said Saku Tsuneta with the National Astronomical Observatory of Japan, program manager for the Hinode solar mission. "That's a small concern, a very small concern."

History shows a strong correlation between long intercycle calm periods and global cooling. The press release notes that a 50-year sunspot-free period occurred in the 17th century, during what is now known as the Little Ice Age.

If this spot-free period persists, I suppose we'll know before too long whether or not the earth's climate truly responds to such changes in solar activity.
Posted by Tim at 10:27 AM